As Vice President of Government, John Cofrancesco is a national influencer for greater cyber awareness, investment and partnership across the larger defense and government industrial base-helping the national security community identify and address supply chain cybersecurity threats and barriers to resiliency.
BACK TO ALL LEADERSHIP 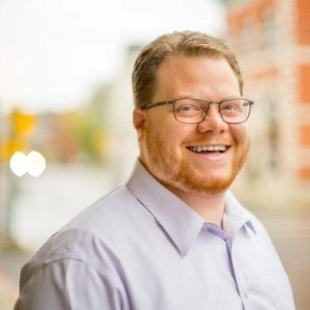 Prior to joining Fortress, John was the Vice President of Business Development of both Acuity Systems and Active Navigation where he was responsible for revenue growth. He began his career as a civilian with the United States Navy, leading the DoD's largest electronic records management system and the associated compliance programs. In this work, he managed teams from Okinawa to Bahrain and insured compliance with various Federal statutes and regulations. While working for military sealift command, John worked with uniformed sailors, government civilians, defense contractors and members of the Special Forces community to ensure that safety and engineering policies were enforced across the globe.

As a regular guest and contributor to Fox News, MSNBC, The Wall Street Journal, The Hill and The Defense and Aerospace Report John has become a national influencer and evangelist for greater cyber awareness and investment across government agencies. John has played a leading role in ATARC’s SCRM working group and is a regular speaker for industry groups like DGI and GOVMATES.

John is a husband and father of two. He played football while in undergrad and was a member of Alpha Delta Gamma.

Cofrancesco holds a Bachelor’s in Politics from the Catholic University of America and a Certification in enterprise change management (CMAP) from Georgetown University.